This mod removes the skin overlay from all vampires in game so that they will have regular looking skin and their eyes no longer glow. It does not affect thumbnails or CAS. 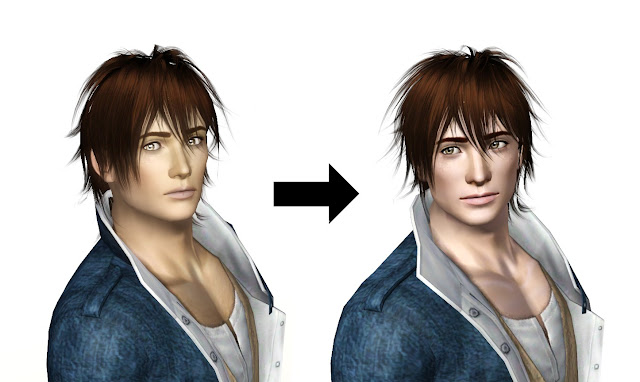 This mod removes the glow overlay from vampires. It has several flavors - you can remove the glow only from eyes, only from skin, or from both.

For some reason EA has decided to "fix up" the vampire overlay every time live mode is started. My mod will listen to the same events and remove the overlay right after it is set. For that reason the overlay will be visible for couple of seconds every time you go to buy/build mode or CAS and when you start the game. As the events that set the overlay happens so often I did not bother to listen when new vampires are created. The newborns may have glow overlay for some time. If that happens, just enter buy/build mode or CAS to fix it.

If you want the vampire overlay back, just rip the mod off and the overlay will be back in a minute. Or at least right after you enter buy/build mode or CAS.

This is a very light mod and there is near zero probability that it will conflict with any mod.

This mod only removes the overlay. For removing the vampire tattoos etc. I recommend the sHoNi's Vampire Overhaul mod.

When I was writing this blog post, I did some googling and found out that Velocitygrass has a mod that actually does the same thing. I wish I had known about that mod and saved myself the trouble of making mine. But as I already wrote mine, I am going to publish it. It will then be your choice whether to use this mod or Velocitygrasses.

---
CREDITS:
I think I ought to give some credit to IMHO
I *think* my sim Josh might be a second generation modified version of one of his sims, probably Ino or Denis.