These tattoos first appeared in Aion. Lesatho converted these for DragonAge, MissAnne found them and wanted them for Sims 3 and so I converted them. I have not played Aion so I have no idea what the tattoos in the game look like and I used Lesathos images with her permission.

The pictures in this post are by MissAnne. If you want more, see the amazing Dark Heresy story that Anne authors.


I named the tattoos while converting them. Sword and Flowers tattoos come with 2 versions, one for the left side of the face and one for the right side. As tattoos allow layering, you can then have them also on both sides at the same time if you want. 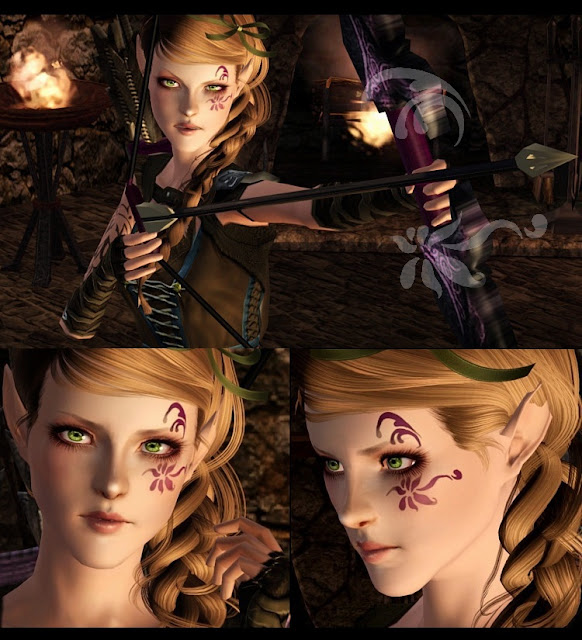 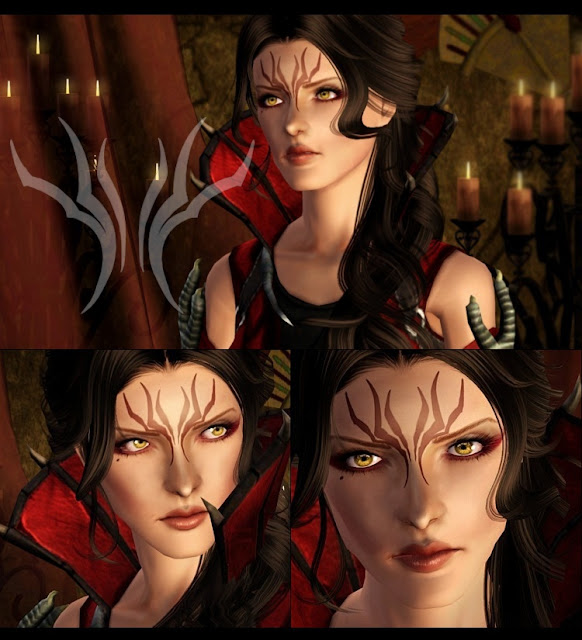 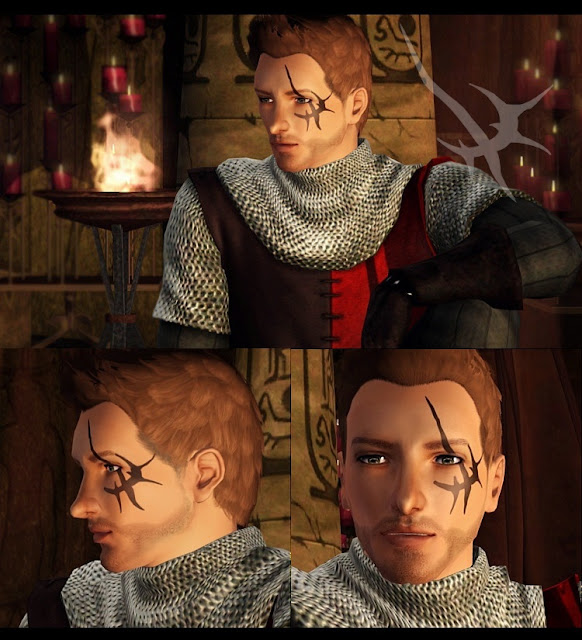 There is also another set of these under work, but those larger tattoos got all wonky at conversion and I'm not sure when and if I'll have the endurance to finish them.